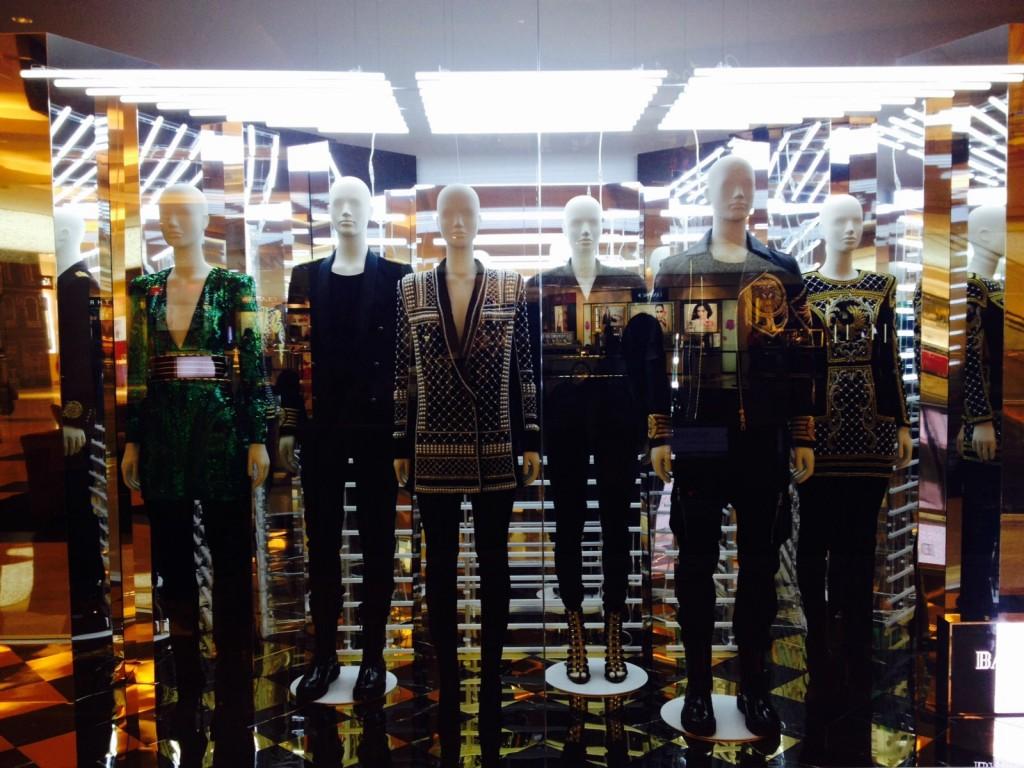 Almost three months ago H&M announced their collaboration with Balmain, and everybody went crazy about it! It was a great news for not only Balmain fans like me who can’t normally afford Balmain products, but also for those who are not so familiar with Balmain but wanted to join the madness anyway. H&M did not play around when it comes to promote their new collaboration, they didn’t make a standard promotion clip, they made a full blown music video!

They launched this collection on November 5th 2015, and I decided to go and join the madness, partially hoping I’ll be able to buy something for myself too.

In Indonesia, the launch was in the H&M store at the Grand Indonesia Shopping Mall. A lot of people had already started queuing the night before, in fact there were people camping overnight in an Apple-esque style. Some people even hired people to save a spot for them! I arrived at 7.30 AM, praying that the queue had already started to die down. Unfortunately, I discovered there was still  long queue, probably around 300 people! 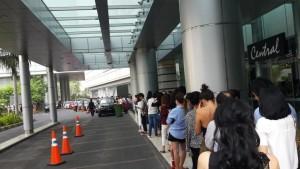 The enthusiasm about this collection was definitely big, it’s more than just fashion, it’s about having a lifestyle of being able to have luxury brands without the price tag that normally matches. As Olivier Rousteing, the designer of Balmain said “This is a once in a century event where Balmain couture is available for everyone”. 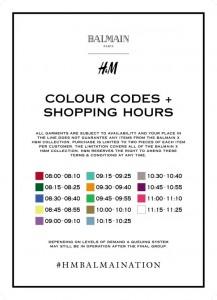 Once the store had opened their doors, shoppers were given a colored wristband. Only people wearing this magical band can only buy from the collections product line, while people without the wrist band can buy the normal items. The staff were instructed to only let 15 people at a time enter the store, and they were only allowed to shop for 10 minutes, while the rest waited in the line for their turn.

Two hours passed, and I painfully watched as people carried  a large number of big black shopping bags away from the store, and I could feel the desperation from other queuers, still waiting on their turn, while the queue just seemed to be getting longer and longer.

Another hour passed, and eventually a member of H&M staff came out to let people know that they only have 200 items left. Some people decided to give into despair, and leave as they knew they had very little chance of getting any, while the majority still stood strong hoping and praying there will still be something left for them. That’s when chaos truly started! People tried to sneak inside the store without the wristband, leaving the people who were sensibly still waiting patiently in line slightly upset. Luckily, the security guards managed to round up those queue jumpers, and kick them out, letting the next batch of people who patiently waited with their wristbands get inside the store and buy the last remaining items in the collection.

A lot of people ended up having to go home feeling down and empty-handed, while others were jumping in joy, celebrating their glory by showing off their new Balmain x H&M clothes on Instagram. Others went the cheeky route to celebrate by instantly putting their brand new clothes on eBay to sell at an inflated price!

I was unlucky, and didn’t manage to get anything but that didn’t stop me! I instantly went to the H&M website to join the sequel of the madness. Looking at the H&M UK website before 8AM, all the Balmain x H&M products still said “coming soon”, but as soon as the clock hit 8AM, I was greeted with the new face of despair! 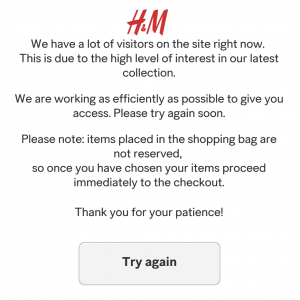 Just my luck, the people who didn’t make it to the launch or like me didn’t manage to get anything, were trying their luck on the website! I literally had to hit the reload button every five seconds for more than an hour to finally get inside the website. Just as my luck with the store launch, most of the items on the website were already sold out, but I was extremely happy that I managed to get the “Velvet blouse in a silk blend” top before it sold out! For those who were unfortunate and didn’t find success, there are a lot of people selling their Balmain x H&M purchases on eBay, I would highly recommend trying your luck there!

Hopefully we’ll see another round of madness next year when H&M collaborate with another designer. Maybe I’ll have better luck then and get something in store, but until then, I guess we’ll have some peace!  🙂