If you like to watch beauty videos on YouTube like me, I’m sure you are familiar with the word Contouring. What is Contouring? well it is a make-up technique that many make-up artists use for runway models and photo shoots. Contouring is supposed to give shape to certain areas of your face, and make your face look the way you want it, for example maybe you want to make your nose look thinner? You can do just that with contouring! Thanks to many make-up gurus on YouTube and the tutorials they have created, contouring has become part of a lot of people’s daily make-up routine, I know, DAILY! 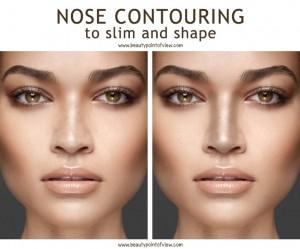 There are many variations for Contouring, like clown contouring, and sugar skull contouring. 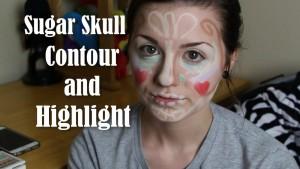 The results look pretty amazing, don’t you think? It’s no wonder why contouring tutorial videos have become so popular on YouTube. Now girls are going to need even longer to get ready because contouring takes quiet some time to get right!

But what does Bobbi Brown think about this growing contouring phenomenon?

Who doesn’t know Bobbi Brown? She is the founder and COO of Bobbi Brown cosmetics. She is also a professional make-up artist, so of course she is familiar with this contouring thing.

In Fashionista’s “How to Make It in Fashion” conference in New York, Bobbi Brown stated “I’m not coming out with any products that are called Contouring“. A shocking statement, I must say but Bobbi Brown firmly stated that she is sticking to her cosmetic line, and finds beauty in authenticity. “Contouring is good when you’re on stage, at a fashion shoot or on the runaway. It’s almost like a car wreck when you’re watching people do contouring on YouTube. Yes, they have changed their face but they don’t really look so good. I think it’s ridiculous and people look like they have dirt on their face“.

Brown, who recently shared her healthy life style secret, also mentioned that she did not believe in anti-ageing injectables, such as Botox and Fillers. She also mentioned that her mother once suggested that she should get plastic surgery for her nose, “I didn’t get mad at her, I just looked at her and I said to her ‘Mom my nose looks fine'”. Brown believe in natural beauty, she said “I have a vision for when I’m 80, and I want to look old and normal“.

Brown believes that everyone should feel comfortable in their own skin and feel good about themselves. She said “It says that there’s something wrong with your face as is and there is nothing wrong with it”.